"Why can't I be someone's first priority for once?"

The primacy factor refers to the standing the marriage has relative to other relationships. Let's define it this way:

"Primacy rests on the premise that the intimate relationship takes pre­cedence over all other relationships — most of the time."

I've added "most of the time"  because there are times when other relationships, such as work and children, come first.

Even though these other relationship are often necessary, they can become the source of problems. Generally, though, the primacy factor supports the intimate relationship by elevating the status of the IM relationship above all others.

Most cultures have long recognized the presence of primacy in marriage . In a formal ceremony, the couple agrees to forsake all others, which includes parents and any other relationship that might come between the them.

Yes, the primacy factor has been established in our culture for a long time, but few (if any) of us recognize primacy's existence. By "recognizing," I mean being cognitively or consciously aware of what primacy is. It's  only when primacy is violated that we come to witness its existence—or more precisely, its absence.

Primacy, then, is easier to explain when it becomes a problem, that is when one or the other of the couple senses that the spousal relationship does not take precedence over all others.

If such a violation occurs, the person who is experiencing the violation will let his or her spouse know by verbally or behaviorally displaying a primacy reaction.

The primacy reaction may present itself when the offended party openly displays his/her displeasure with the offending party, who is engaging in an interaction with another person or thing.

It may also take the form of a reaction seemingly unrelated to the situation. Someone may utter a statement such as, "You only think of yourself," or the offended party may simply give his or her spouse the silent treatment.

Often the offending party is unaware that he or she has done anything wrong and will be completely surprised and puzzled by the primacy reaction.

You'll find more about Primacy and the problems associated with it along with some very practical solutions in the book. 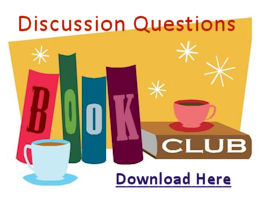 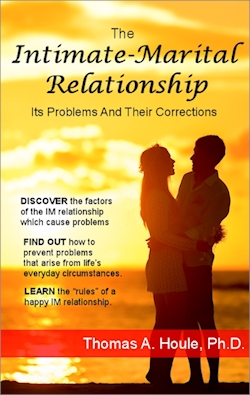 I highly recommend this book. If you're having problems in your relationship, read this together. It can make a difference. Remember " Knowledge is key."
Emma
New York NY